Podcast: We discussed the phenomenon of Brain Drain with young Greeks in Berlin. 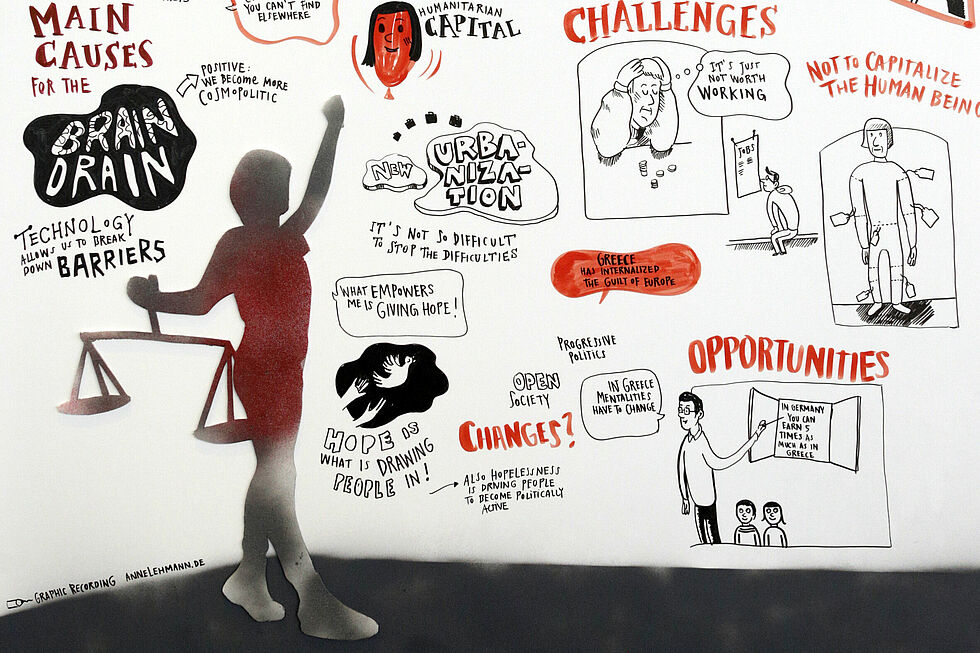 Greece is among those countries that has suffered most from the 2008 financial crisis and its aftermath. The country experienced a massive loss of young and highly educated people: Between 2008 and 2016 around 400.000 youngsters have left the country. A survey conducted las year revealed, that 42 percent of them did not see themselves returning to Greece anytime soon. They left their home country for the lack of employment opportunities and have often migrated to countries in Europe´s north, like Germany.

As part of the Friedrich-Ebert-Stiftung´s International Week of Justice – this year under the slogan #YouthPower – we invited four young protagonists from Greece to discuss with us about their reasons for leaving, there reasons for staying, their hopes to return and, equally important, what they think is necessary to reverse this trend. Moderator Ioanna Kryona debated with Marianna Skylakaki, founder and editor in chief of the newsblog www.a8inea.com, Stevi Kitsou, human rights lawyer and activist at Golden Dawn Watch, Panagiotis Iliopoulos, pianist and performer, and Antonis Ekizos, doctoral student in biomechanics at Humboldt University in Berlin.

The following podcasts summarizes the debate in the voice of the participants and provides a brief snapshot of their different perspectives:  “Greece: Should I stay or should I go?”