In the 20th century, after rapid globalization, financialization of global economies and the end of the colonial era, that lack of sustainability was first problematized as an evident challenge worldwide. The human population realized that common-pool resources, such as fresh air, clean water, fish and timber - vital for human existence – are exhaustible. The “Students for Sustainability”, the International University of Thessaloniki and FES Athens organized this conference to discuss the main pillars of sustainability and the existing indicators for measuring progress in sustainable development. 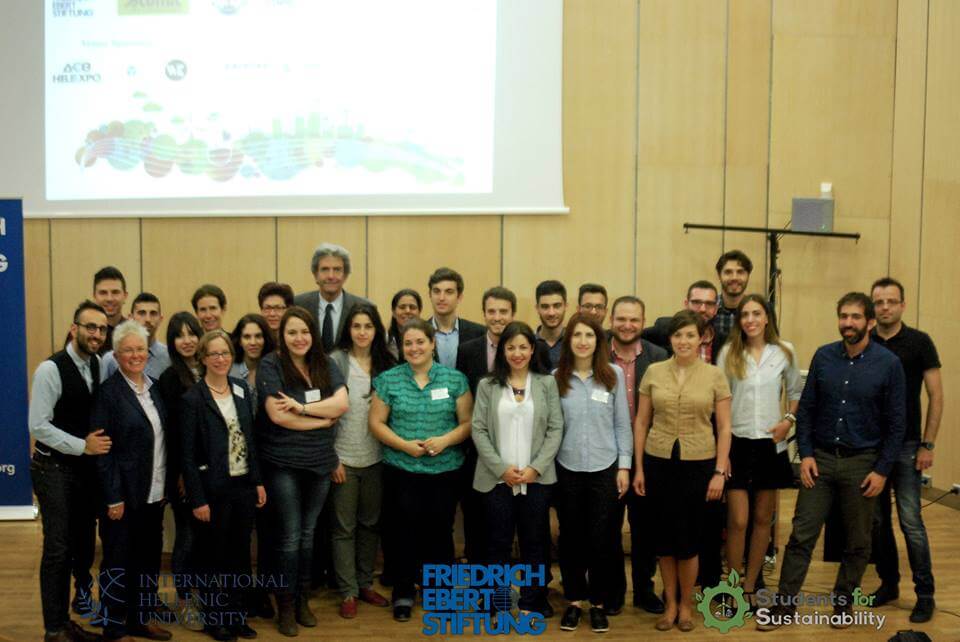 The 3-day Sustainability event is the only of its kind held in Greece. It is being organized by the International Hellenic University, specifically by an independent group of students, called "Students for Sustainability", in cooperation with the Friedrich-Ebert-Stiftung in Athens and the Committee of Energy and Environment of the Technical Chamber of Greece. Moreover, the event is organized under the auspices of the Region of Central Macedonia and the Municipality of Thessaloniki.